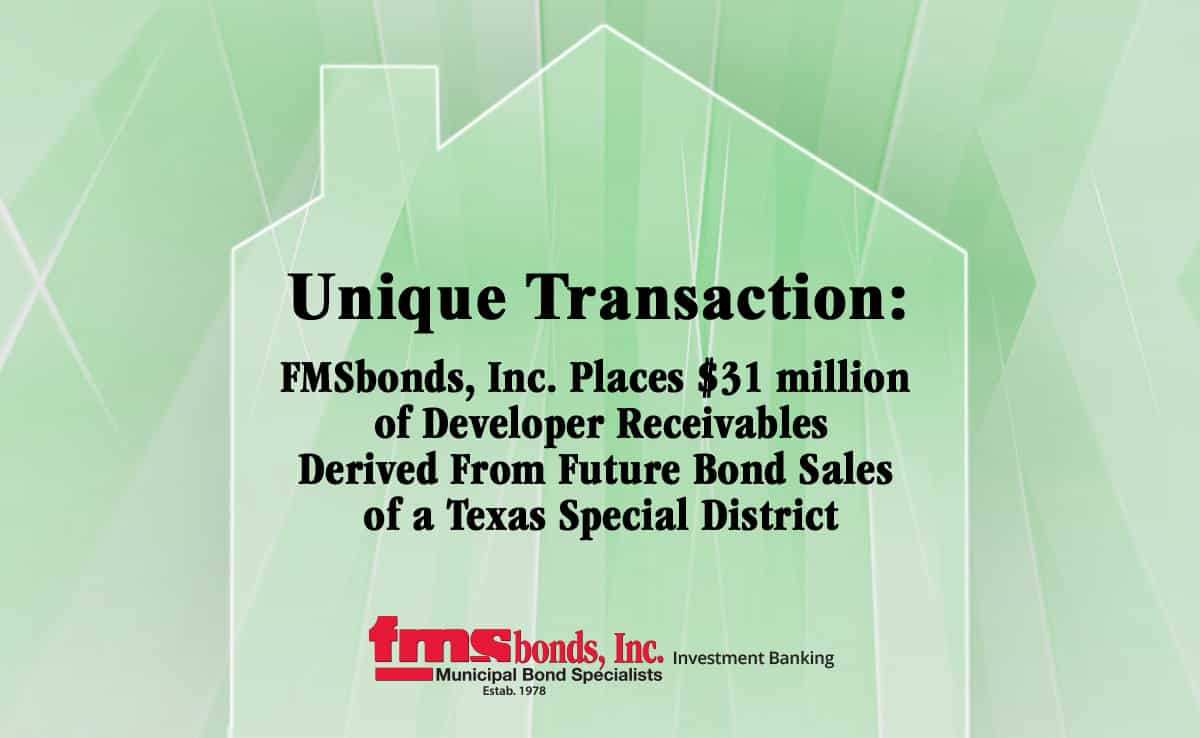 FMSbonds, Inc. served as placement agent between a developer and private investment fund in the purchase of $31 million of reimbursement receivables generated from net proceeds of future bond sales from a Texas special district.

The developer was entitled to reimbursement payments for the construction of public improvements owned by the district. The district is a political subdivision of the state of Texas with the authority to levy ad valorem taxes and sell public debt.

The investor agreed to purchase the not-to-exceed amount of $31 million in net proceeds raised from the future bonds sales. The future bonds would be sold as the district’s taxable assessed value grew and would be repaid through ad valorem taxes generated from land within the district. Based on projected growth rates at the time of sale, it was anticipated the investor would realize the full $31 million within approximately eight years.

Based on an audit of existing reimbursements still owed to the developer, the investor had a material level of coverage in terms of total eligible reimbursements.

Once investors were identified, FMSbonds worked diligently to bring both parties together and maintained a continuous line of communication to ensure the investor received all requested due-diligence materials.

FMSbonds also provided updated projections based on feedback from both the investor and developer.

FMSbonds’ expertise with land-secured financing provides investors with a clear understanding of the risks and rewards associated with a private purchase of reimbursement cash flows.

For a summary of all of our recent transactions