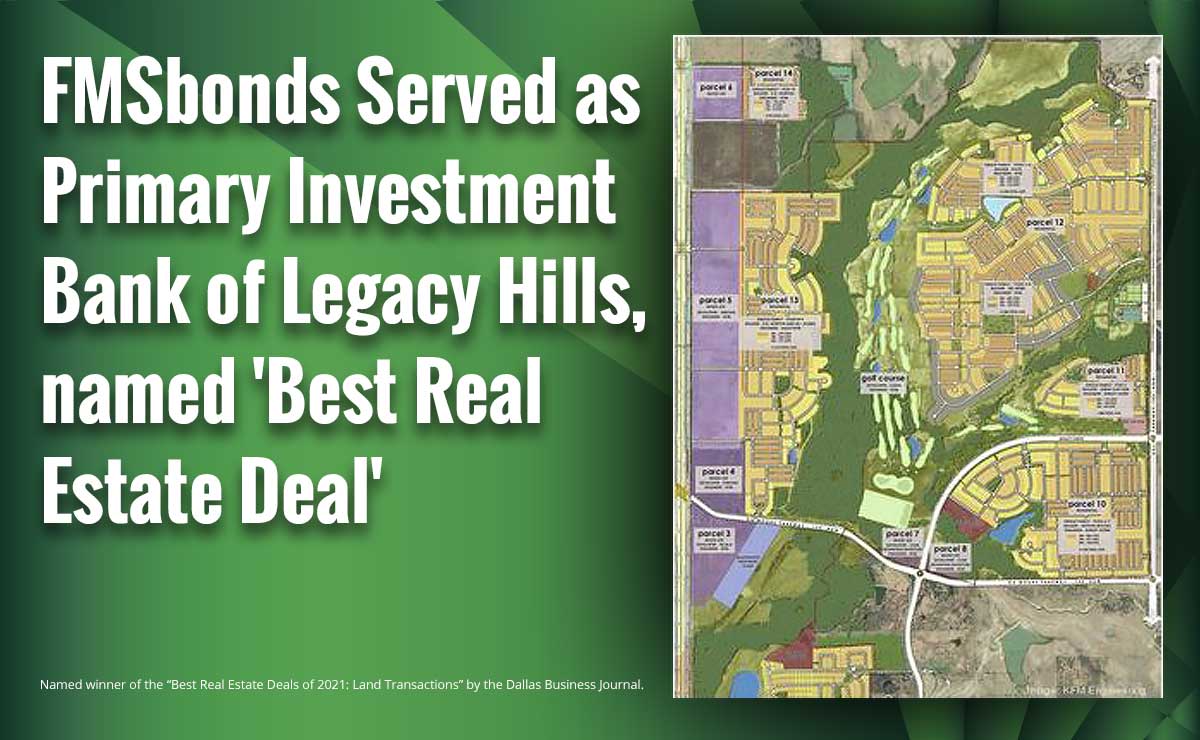 Together, the two transactions funded the public infrastructure for the future Legacy Hills community in northwest Celina, Texas. Legacy Hills will consist of more than 10,000 homes and apartments and extensive amenities, including Celina’s first golf courses.

The Legacy Hills transaction was recently named winner of the “Best Real Estate Deals of 2021: Land Transactions” by the Dallas Business Journal.

FMSbonds was responsible for raising funds necessary to fund public infrastructure in the initial improvement areas and the major infrastructure for the entire development.

Importantly, prior to marketing the bonds, FMSbonds conducted due diligence on the developer, Centurion American; the city; the Municipal Management District; and seven different regional/national builders.

Once FMSbonds successfully closed on the bonds, the developer’s private backup loan for the master area was terminated and the projects were fully funded.

For a summary of all of our recent transactions